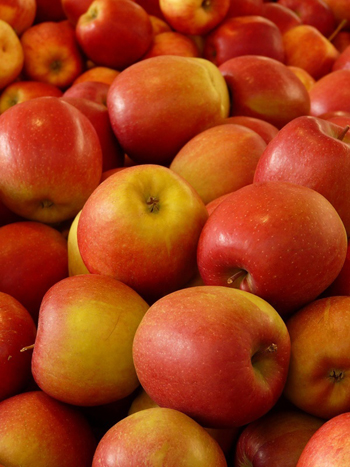 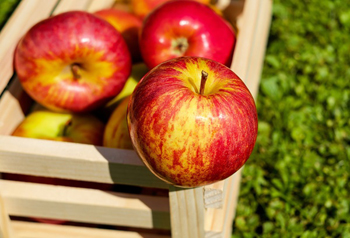 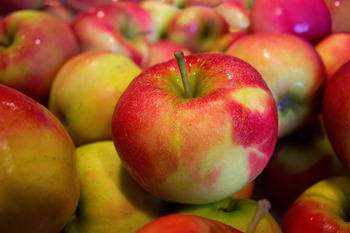 Apples have been grown for thousands of years in Asia and Europe and the sweet pomaceous fruit borne by the trees are cultivated and enjoyed world wide. Apple connoisseurs know that there are unique varieties grown in different parts of the world - and different varieties can have subtle differences too - different shades and different flavors that reflect the different growing regions and the different weather.

Apples can be enjoyed in many ways - eating a fresh whole apple, eating a sliced apple, some apples shine best when they are cooked as part of a new or traditional recipe - but you can also use multiple senses of smell, touch and sight to enjoy apples . Apples are an important ingredient in many desserts, such as pies, cakes, crumble and crisps. They are often eaten baked or stewed, and they can also be dried and eaten or reconstituted for later use. When cooked, some apple cultivars easily form a puree known as apple sauce. Apples are also made into apple butter, apple jelly and apple cider.

The sayings “An apple a day keeps the doctor away” bears testament to its nutritional value. One of the healthiest foods a person can eat, apples are high in fiber and vitamin C, and they are also low in calories, have only a trace of sodium, and no fat or cholesterol.Apples may help reduce the risk of cancer, cardiovascular disease and diabetes.

Global sales from apples exports by country amounted to US$7.2 billion in 2016. Among continents, European countries accounted for the highest dollar worth of apples exports during 2016 with shipments valued at $2.8 billion or 38.7% of the global total.