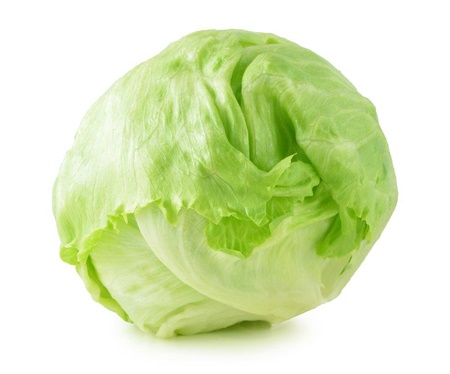 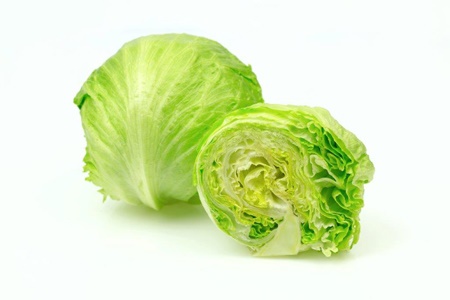 This leafy vegetable is most often used for salads, although it is also seen in other kinds of food, such as soups, sandwiches and wraps

Originally called crisp head lettuce, iceberg lettuce got its name from the way it was shipped by train in early years. Since there was no refrigeration, ice was piled on the cartons of lettuce to keep it cold. When the rail cars were opened to unload the lettuce, they looked as if they were filled with ‘icebergs’. It has been called iceberg lettuce ever since, although now it is packed in the field into cartons and then immediately transported to the cooling facility and vacuum cooled to remove field heat.

Iceberg lettuce is known for its semi sweet flavor, its texture and crunchiness. Its compact heads and broadly shaped leaves are thick-walled and concentrated with more water than virtually any other green lettuce. Iceberg lettuce varies in color depending on each particular variety, and where and how it is grown. Outer leaves range in color from sea green to lime green while inner leaves range from pale yellow to white. All the leaves form a nearly perfect globular head.

Spain is the world's largest exporter of lettuce, with the US ranking second.